Robert Vaughan reads Tracy K. Smith’s “Now That The Weather Has Turned” – YouTube What storms are raging inside you? What was one time you were “caught in a major storm?” What happened?]]> 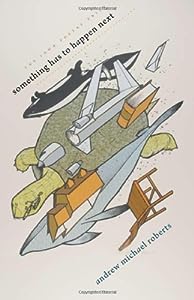 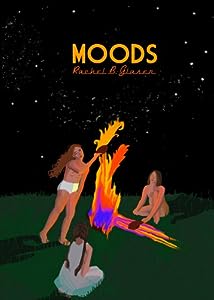 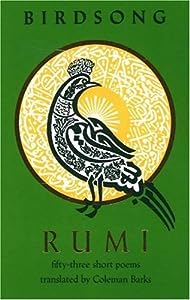 Robert Vaughan reads “Restaurant” by Ellen Bass – YouTube Also, my short fiction, “The Bagpipe Refrain” appears in the new Literary Orphans, the Marilyn Monroe issue. Deep thanks to editor Mike Joyce who asked me to contribute. What an honor: The Bagpipe Refrain by Robert Vaughan | Literary Orphans If you have time, do check out the remaining prose and poetry in this fine magazine. Today, my question is, when is the last time you did something for a friend without expecting something in return? When is the last time you really showed up for somebody?]]>

Robert Vaughan reads “From Blossoms” by Li-Young Lee – YouTube What is your source of joy today? What brings you the same exciting fulfillment as biting into a succulent peach?]]>

Robert Vaughan reads “True Stories” by Margaret Atwood – YouTube What have you lost that you thought might never make its way back to you? Has it? Will it?]]>

Forget It – Marco Polo Today, for National Poetry Month, I read one of my favorite poems in the entire Universe! This is e.e. cummings “somewhere I have never travelled, gladly beyond” and I dedicate this to my pal, writer Joani Reese, who adores this poem equally: Robert Vaughan reads “somewhere i have never travelled, gladly beyond” by e.e. cummings – YouTube What is one thing you have learned from love? From a lover?]]>

Thrice Fiction Magazine And so, to honor National Poetry Month, I read poet Marie Howe, and her fantastic poem, “The Gate.” I’ve been so lucky to workshop with Marie on more than one occasion. The most recent, at Carter Hall last May- June, where we had the great fortune of hearing Marie read this perfect poem in our group reading. I will never forget it. Robert Vaughan reads “The Gate” from Marie Howe – YouTube What are you waiting for? (And this, is what you are waiting for): Poetry Everywhere: “The Gate” by Marie Howe – YouTube]]>

Microtones has launched! It published on March 7; my first collection of 24 prose & poems, from Cervena Barva Press in Boston. You can find the ordering information here, with a sample piece from the book, “Legacy”: I thank anyone who has purchased a copy, and those of you who let me know what you think, or gave me feedback already! Please help me share the news! The Lost Bookshelf Homepage. Also, Microtones received an amazing review, which the talented Christopher Allen wrote, and was published at the Fictionaut Book Reviews blog. Thanks, Chris and the wonderful comments and support I receive from the entire Fictionaut community: The Fictionaut Blog So, April is National Poetry Month! Last year, I wrote a first draft poem every day. This year, I will incorporate the Poetry theme into a video project: I’ll read a poem by another poet each day and post the link in various places: here, or at Tumblr, which is here: One Writer’s Life I’d like to thank Shawn Misener who started the Facebook group Mind-Swap for the idea, and getting me started early on this! Here is my first poem for April 1st: Robert Vaughan reads “Halley’s Comet” by Stanley Kunitz – YouTube We studied this poem at the Omega Institute with Marie Howe, an extra-ordinary poet. Stanley was one of her mentors, and I fell in love (more with Marie) and with this poem as we focused on its content, and Kunitz’s biographical details. I hope you enjoy! What poetry can you discover in your daily life? When is the last time you watched an entire sunrise or sunset?]]>